Small Business Owners Become the Inspiration for this Small Community 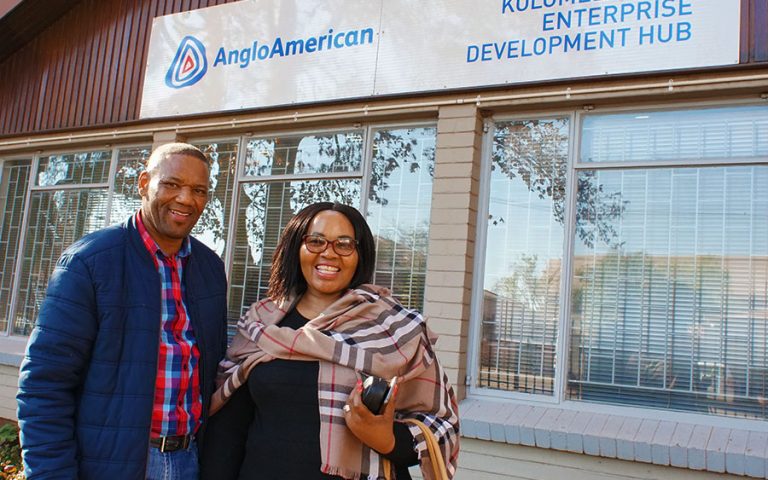 High levels of unemployment are proof that more needs to be done all around the country. Whether it is the lack of opportunities provided or a skills insufficiency, most people are not making ends meet.

Mpho and Oarabile Barnard, small business owners from Postmasburg in the Northern Cape, are amongst the SMMEs whose contribution to ending unemployment has not gone unnoticed in their community. The Barnards saw a gap in the hospitality market and because there were many visitors coming into their town – their Bed and Breakfast proved it could be a viable business. Moreover, because most small towns are often overlooked in terms of development, it was important to the couple that they contribute something much bigger to their community.

The main role of the programme is to provide SMMEs with soft loans, training and mentorship opportunities. Since its inception, Anglo American has helped over 2 300 entrepreneurs who, in turn, have contributed to employing more than 50 00 people. What Zimele does is help create something sustainable for the people living around Anglo American mines so their communities can thrive long after the mine has become destitute. This goes hand in hand with their sustainability strategy.

It is clear that Anglo American believes in South African’s future and potential, as well as the transformative potential that comes with re-imagining mining to improve people’s lives. The Barnards are a part of a transformative South Africa and their contributions to their community are beyond everything they could have imagined.

This School Principal is Impacting Lives, One Learner At A Time